Getting to Great Basin NP 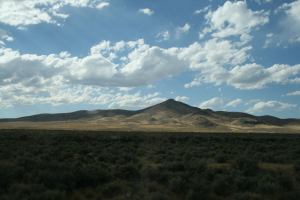 I have a particular fondness for our neighboring state to the east. Many family road trip vacations, both when I was a kid and later with my own kids, started with the first night away from home being spent somewhere in Nevada. It’s a big state, sitting between California and a lot of the rest of the West. So the next day, we’d drive through some part of Nevada to get to Utah or Arizona or Idaho and on to the rest of our vacation. Over the years I have become quite familiar with its starkly beautiful landscape.

Nevada is a state of contrasts. You likely know Las Vegas or Reno, large cities teeming with vehicles and humanity, filled with temptations, entertainment, glamor and glitz. But Nevada is also home to a stretch of US Route 50 that is fondly known as The Loneliest Road in America. It is an apt moniker, for driving it takes you across hundreds of miles of what many people would call nothing. But I would disagree with them. 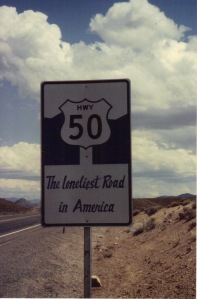 It’s true there are very few towns or services along the way, and you can go a dozen miles, sometimes more, without seeing another vehicle. Which means there are very few signs of civilization and almost no other people. To me, that is a treat! The lack of civilized clutter, as well as the fact that the desert supports sagebrush and not many trees, allows long distance views of the landscape’s features, sometimes closer than you think, sometimes farther away.

But the road keeps going and you do, too, and the faraway slopes and mountains and rock formations reveal more detail as you get to them. The play of light and shadows created by moving clouds and stationary sun is constant (unless the sky burns blue), so the picture out the car windows is always changing, not just because you are moving through. 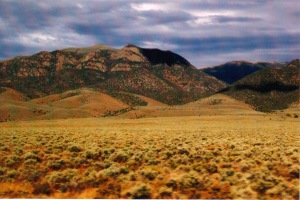 “I thought this was a National Parks blog,” you say. I assure you it is. You’ll see. But I wanted to set the scene.

When you approach the eastern end of The Loneliest Road (but not the end of Route 50 itself, which continues into Utah and in some form all the way to the East Coast), you can turn off to Great Basin National Park, the only National Park in Nevada. We visited in the early 1990’s when our kids were very young. 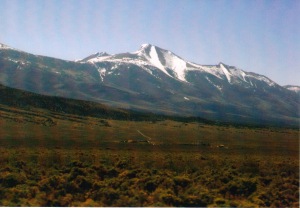 From afar, it’s hard to miss Wheeler Peak, the Park’s high point at 13,063 feet above sea level. Bristlecone pine trees that can live to be 5,000 years old are rooted in the peak’s rocky glacial moraines. But a very special attraction of Great Basin NP is hidden underground: Lehman Caves. That is what drew us to the Park.

The temperature inside the cave stays at 50 degrees 24/7/365, so in the heat of a summer day, we made our kids bundle up. The idea of going into not only a dark cave, but into a cold, dark cave must have triggered some sort of worry alert because as we waited inside the darkened entrance for the tour to begin, resistance to the idea and an edge of fear swept our offspring, and tears began to flow. 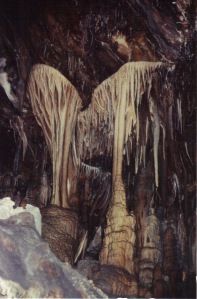 Calm reassurances quite quickly simmered down the potential mutiny, and three of our four children were eager to go. The four-month-old baby, however, who could not possibly understand what the others had been fussing about, continued to cry.

Our tour guide pointedly told me more than once, as others in the tour group listened to him through my baby’s wailing, that I could leave the tour any time before we actually started into the cave. Reluctantly recognizing a no-win situation, I was about to go back out into the daylight, when my baby suddenly let out a loud, therapeutic burp! 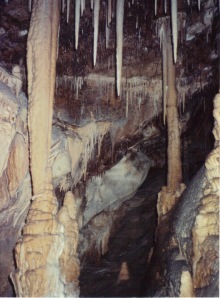 He immediately stopped crying and within moments was sound asleep on my shoulder where he contentedly stayed for the tour’s duration.

He missed seeing the wonderland of marble stalactites, stalagmites, and other amazing cave formations, but I did not. One day he can return on his own to Great Basin National Park and tour Lehman Caves. He’ll probably climb Wheeler Peak, too.