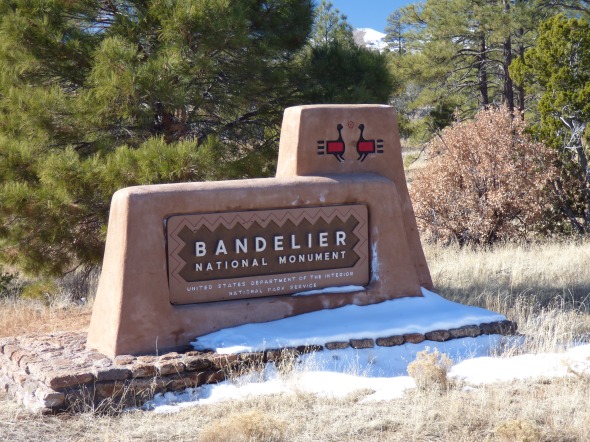 We didn’t really know what to expect on a winter visit to the Santa Fe area, but last week with temperatures in the 60’s and highways clear of snow, we drove from Santa Fe to Bandelier National Monument to do some hiking.

On our previous visits to the Monument we have hiked up Frijoles Canyon to see the cliff dwellings, the ruins of Tyuonyi, and the ceremonial Alcove House, reached by climbing a series of tall wooden ladders.

This time we head down canyon along El Rito de los Frijoles (Little River of Beans) toward the upper Frijoles Falls. 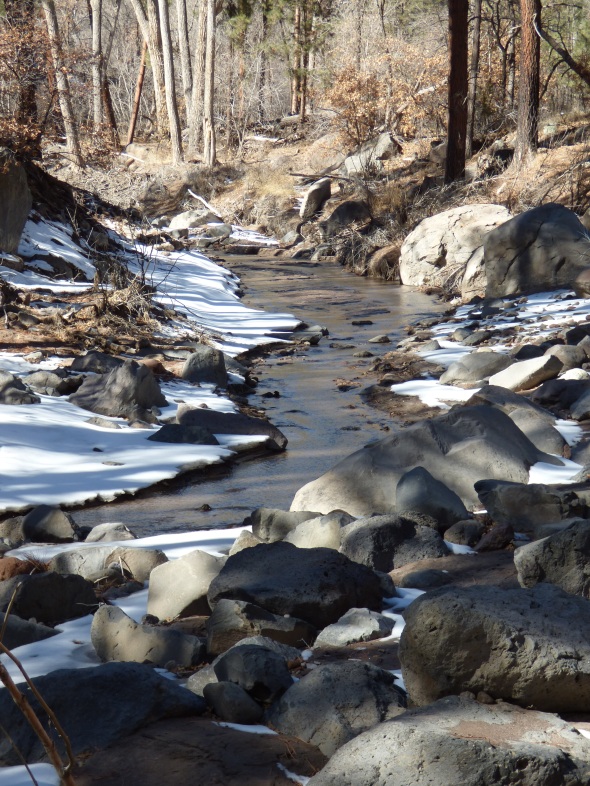 In a normal winter (What is that? And will we ever see one again?) at 6,600 feet elevation, I would expect the trail to be impassable, buried under several feet of snow. For us it is mostly sandy, and pine-needle softened, with a few slightly treacherous stretches covered in snow and refrozen melt.

It is a mile and a half down to the Falls, an elevation change of about 400 feet, and that means a climb out on the return trip. But there is nothing strenuous about it. The trail follows the river, above it, beside it, and crossing it twice on wooden planks. We guess that the name comes from the brown river bed that is so reminiscent of refried beans, even though the water flowing along in it is clear.

We disturb a family of deer, although they are in no hurry to distance themselves from us, 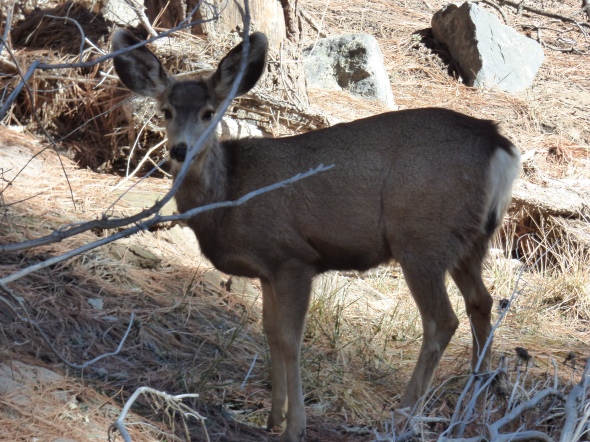 and soon we hear the Falls below us. We do not see them, however, until we reach the overlook about a hundred yards downstream from the Falls.

We cannot continue to the lower falls and the Rio Grande beyond because the trail is closed, wiped out by excessive high water flow. Given the National Park Service’s maintenance backlog, I would not expect that part of the trail to be open again any time soon. 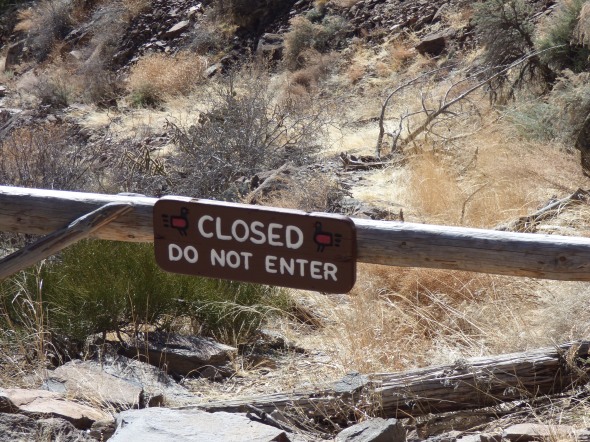 On the return hike we notice more of the rock formations above the canyon, the relentless blue of the New Mexico sky,

and the rust colored bark of the Ponderosa pine forest along Frijoles Creek.

We remove outer layers of clothing as we work up a sweat, happy that we have the trail almost to ourselves.