Zion National Park, UT – Oops I Did It Again!! 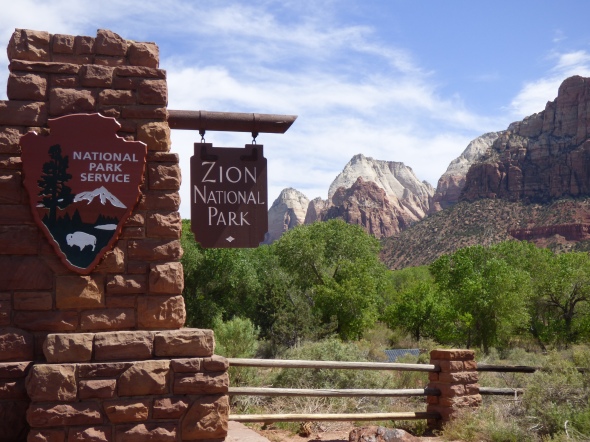 To start the month of May this year, I made it for the second time to the top of Angels Landing, a massive chunk of rock that juts out into Zion Canyon 1500 feet above the Virgin River. 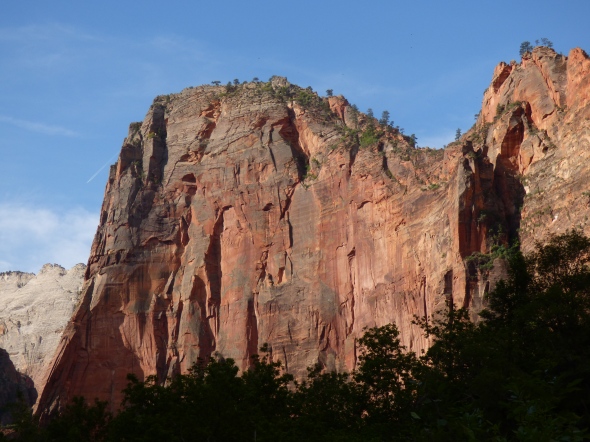 The last half mile requires climbing the narrow spine of the monolith with sheer dropoffs on either side, sometimes pulling yourself hand over hand along chains attached to the rock, sometimes scrambling over slickrock or up “stairways” of boulders until you reach the relatively flat “landing.” 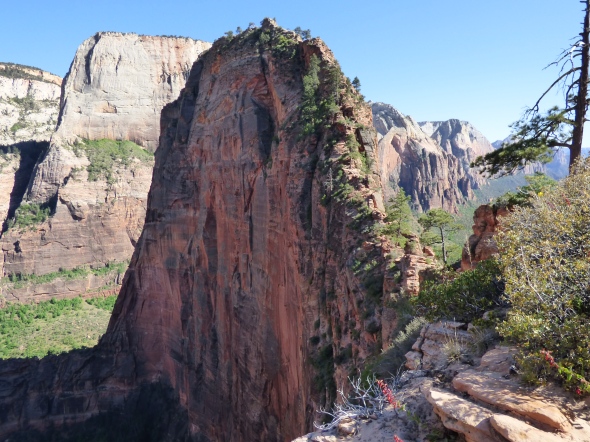 That is really the trail! 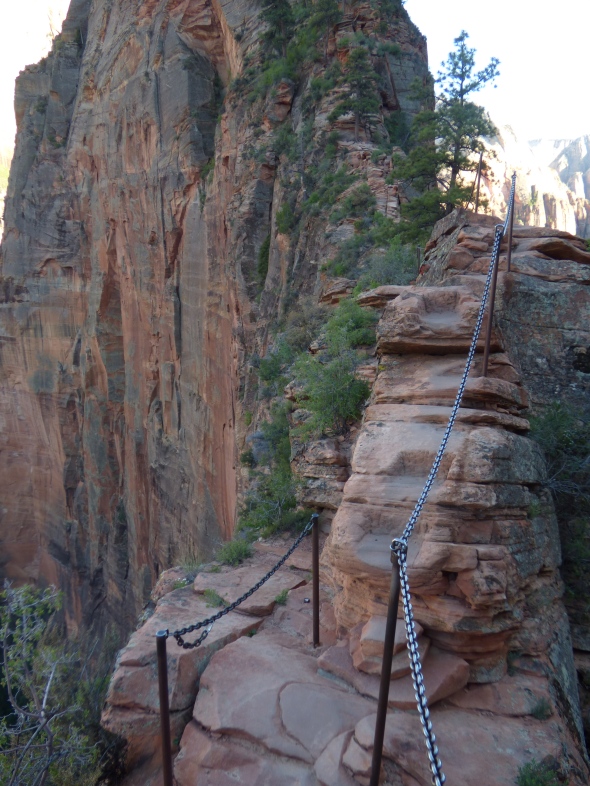 The first time I attempted this ascent I was quite terrified, both for myself and for my four teenage children who disappeared from view almost immediately, leaving my husband and me to pick our way slowly to the top. That was in 2005 (read about that here if you wish), and although I was quite proud of my accomplishment, I did not expect to do it ever again.

Well, doesn’t life have a way of being totally unpredictable? When half my family (two of my sons and I) spent a long weekend in Zion earlier this month, of course we couldn’t resist the pull of Angels Landing. 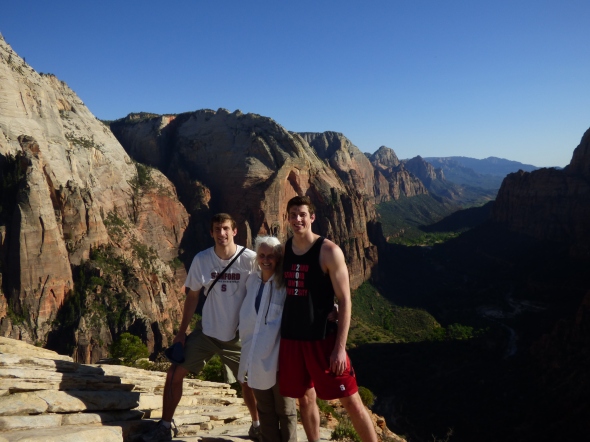 The odd thing for me is that I was much less terrified this time and was actually able to look down occasionally as we climbed that last half mile and even take some photographs, neither of which I was able to do in 2005. Maybe a diminishing discomfort with heights is just one more unsung benefit of aging!

The National Park Service publications warn that you should not attempt to climb Angels Landing if you have a fear of heights, and also remind you to carry and drink plenty of water when you hike in Zion because it is easy to become dehydrated in the dry heat when you are not really aware of how much you are sweating. My own advice in addition to theirs is to start this hike/climb in the late afternoon. The Canyon wall is mostly in the shade by then, and therefore the trail is cooler, and the crowds of people will be mostly gone from the top by the time you get there. 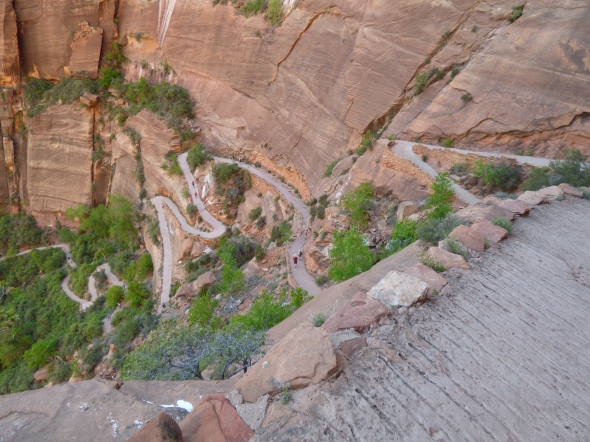 In addition, the early evening light sets the Canyon and river aglow. 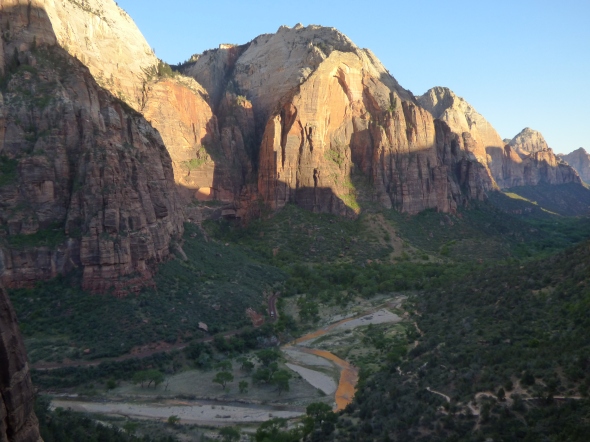 Zion Canyon and the Virgin River at evening.

One final note: This popular hike might one day require a permit. We heard from one of the shuttle drivers that the Park Service may be considering instituting a system similar to the one that restricts the number of people allowed to climb Half Dome in Yosemite National Park. So if you want to go to Zion National Park and get to the top of Angels Landing, don’t wait too long!