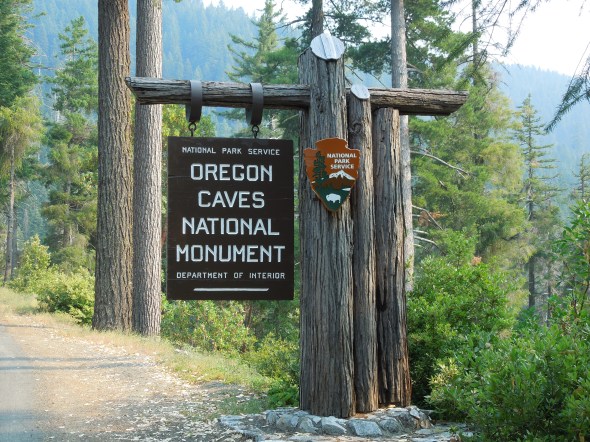 Tucked into the southwest corner of the state of Oregon, not on the way to or from anywhere, at the end of a 20-mile road up from Cave Junction, you will find Oregon Caves National Monument. Elijah Davidson found the cave in 1874 – possibly, according to our tour guide Park Ranger Cedar, because his dog disappeared inside and Elijah followed – and curious spelunkers have been coming there ever since. 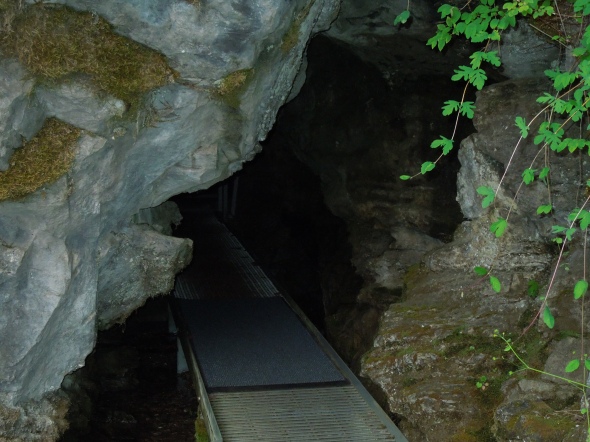 A tour of the cave takes about 90 minutes, and you sign up at the Visitor Center. The hike is “moderately strenuous,” requiring ascent and descent of wet stone steps and metal ladders (including one spiral), and bending and twisting while walking under low ceilings on narrow paths. 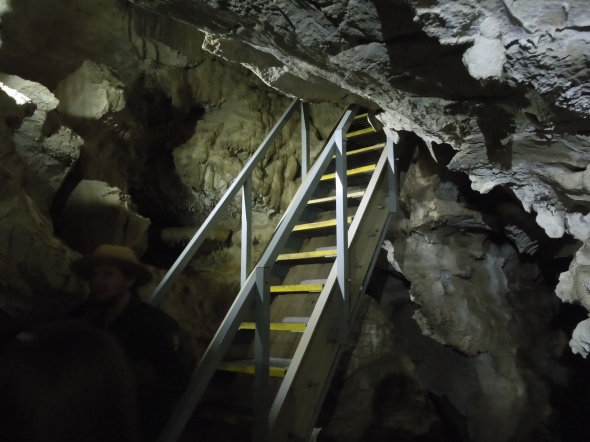 The trail through the cave is about three quarters of a mile and gains a little over 200 total feet of elevation, from 4,000 feet at the entrance to 4,220 at the main exit. (There is an earlier exit for people who decide after sampling the tour that for whatever reason, they would prefer to return to the outside.) Another quarter of a mile of trail outside the main exit takes you through the forest back down to the cave entrance. 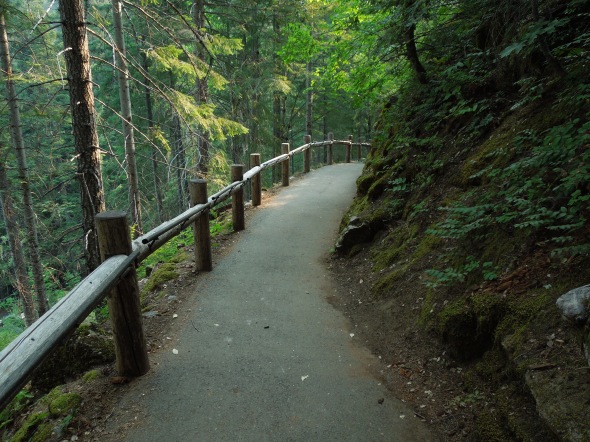 Inside the cave the temperature is a constant 44 degrees Fahrenheit. On the day we visited last month the air temperature outside was in the 80’s, so a leap of faith was required to bundle up as if in preparation for spending an hour and a half in a refrigerator, but doing so allowed us to focus on the cave instead of frigid body parts. Our knowledgeable tour guide, Ranger Cedar, engaged and entertained our group with stories about the cave’s history, features, geology and inhabitants (living and fossilized). 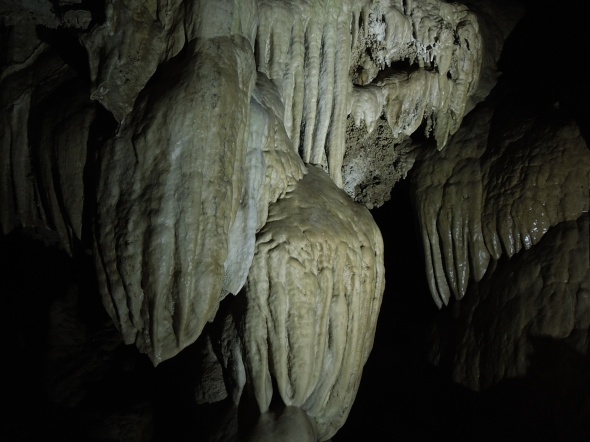 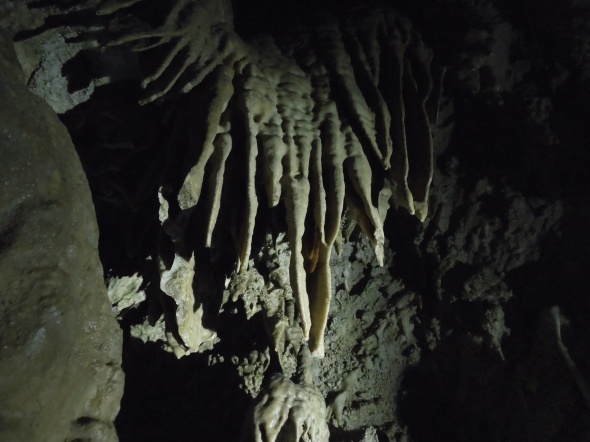 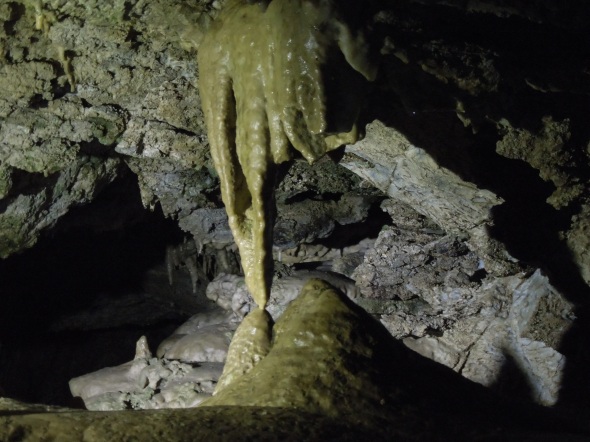 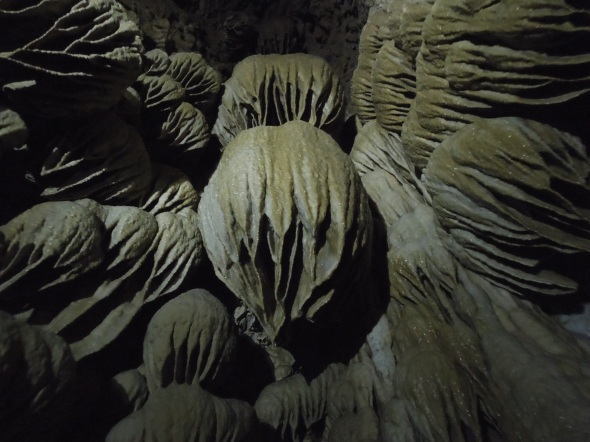 Just across the road from the cave entrance is the Oregon Caves Chateau, a rustic inn built in the 1930’s from local materials. 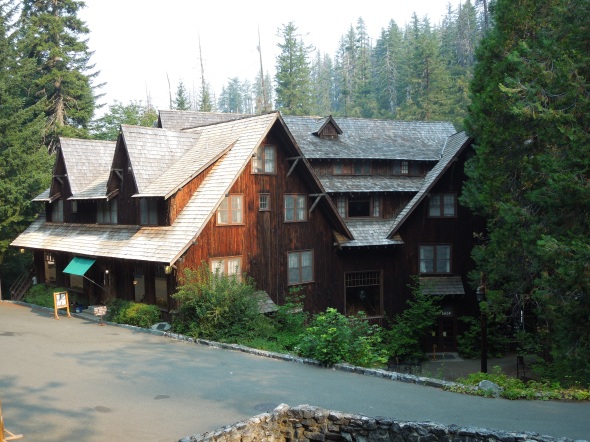 From the expansive lobby with a grand double-sided fireplace and ponderosa pine pillars, 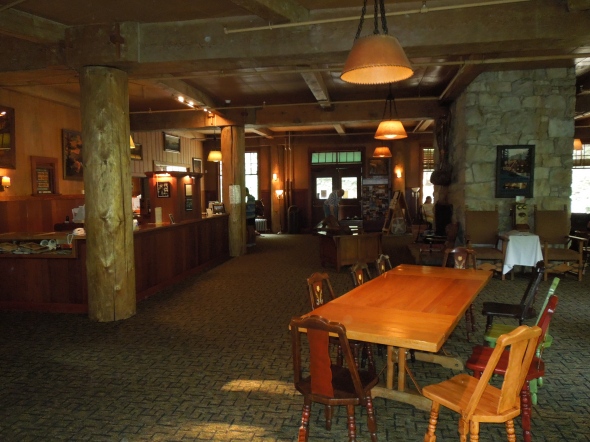 to the dining room on the lowest level with the brook babbling through it, the Chateau, a National Historic Landmark, delights. Spending a night in one of its 23 guest rooms was a treat and the perfect cap to our brief visit to the Monument.

10 thoughts on “Sixty in 2013: Oregon Caves National Monument – Spelunking in the Beaver State”